This 2012 has been the best, so far. I’ve done things I never thought I could or would ever do. I’m thankful for those people who made this year so kick ass.

First of all, God, for giving me a butt load of chances to change, even though it took a bajilion pushes, I finally think that I’m done with my old effed up ways. My family, for also tolerating my spoiled-hard-headed-ass of a self, and for understanding my bipolarness. My dear old friends for still being there, despite my forked up, imperfections, are still by my side, with their silly grins and warm hugs, and still being able to hang out as if we’re still in high school. I also want to thank those, cold hearted forkers, who made this year kinda hard to handle, thank  you, who would think that you’ve made a woman out of your messed up childish ways.
Lets forget that I have an archive, Leme look back at some awesome shizzz that bedazzled this awesome year!

Got invited to Soul Lifestyle’s first ever bloggers soiree with The Walking Recessionista, Cheyser Pedregosa. Met and hanged out with the awesome fashion bloggers of the south. Even won the styling challenge, whooptidoo!

Sitting w/ Roey my love at the Fashion Preview show, thankies to Soul Lifestyle for the V.I.P passes.

Rocked out with my lovies and met Pupil after the show. Freaking EPIC.
http://kyriemoon.com/gensan-booze-foam-pupil-awesome-2/

Shoot for Young & Dangerous clothing. First collaboration with the golden boy Aidx Paredes.
I couldn’t be more eternally thankful for the people behind this shoot.
Check em out…
http://kyriemoon.com/young-and-dangerous-x-aidx-paredes-2/

Met TJ Trinidad at the backstage of the Mutya ng Davao coronation night, where me along with my FiDA peeps were the stylists.

Also, where my designs are featured as the finalists summer gowns, even if my vision didn’t come out as I imagined, they all looked gorgeous.
http://kyriemoon.com/bts-mutya-ng-davao-coronation-2012/

Met Soul Lifestyle’s stylish sisters, Vern & Vernice Enciso on Soul Lifestyle’s meet and greet part deux.
Celebrated Vern’s birthday with Fashion Bloggers from the South at Brewery then Starr, all I could say is, awesome night was awesome.
http://kyriemoon.com/stylish-soul-sisters-vern-and-vernice-meet-and-greet-3/

Hanged out with Davao bloggers and rocked out with our GC’s out, all thanks to Bauhaus Ph!!!!!!
http://kyriemoon.com/bauhaus-brigade-3/ 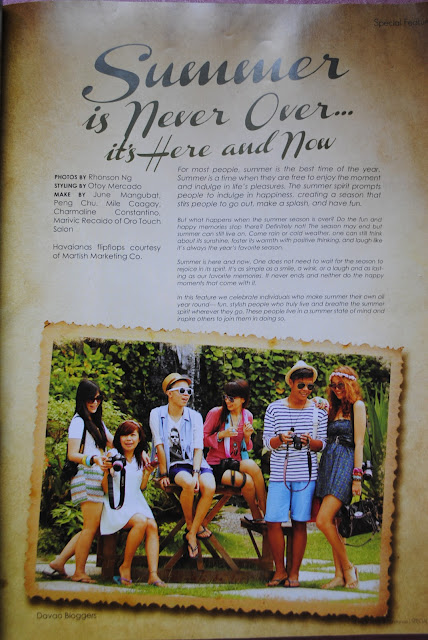 Got a pet T-rex

The birth of The Factory 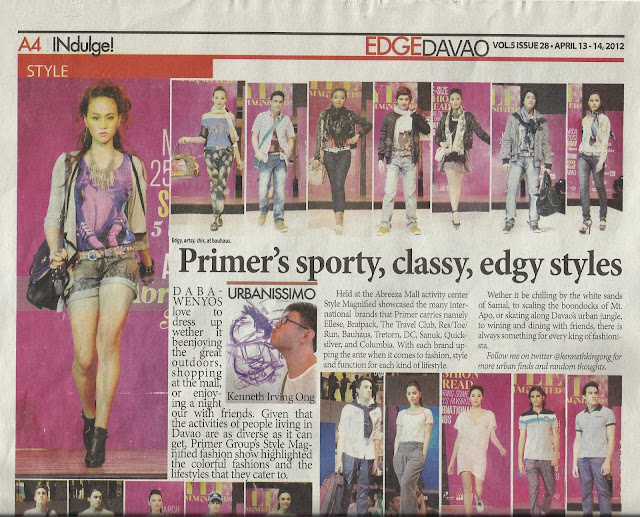 Scadoodled on the runway wearing Bauhaus for Style Magnified’s finale. 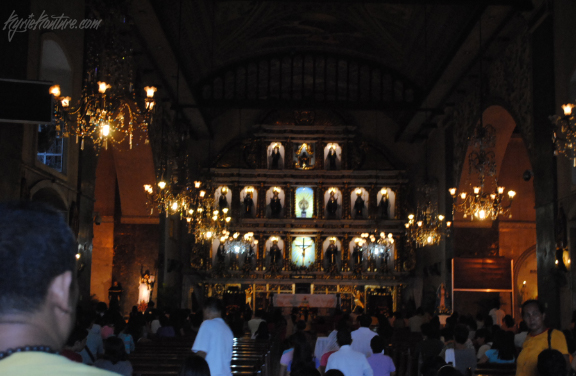 Attended mass with Bro Robert at the Basilica de Sto. Nino at Cebu. 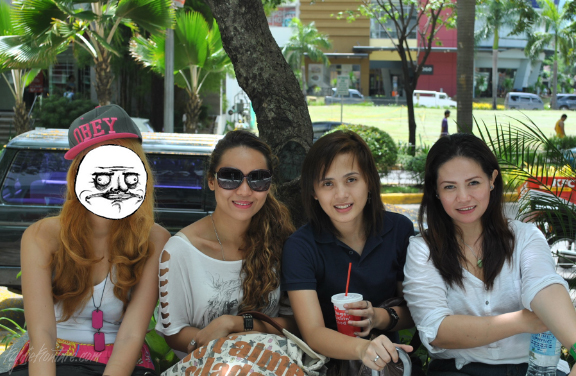 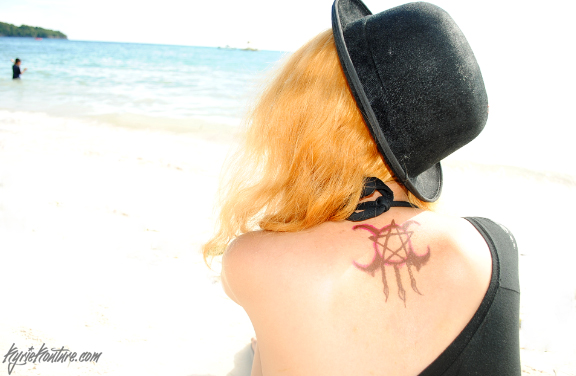 Sarangani Bay Fest 2012 with my newly bleached hairrrr…
Got a henna tattoo of a triple moon with a pentacle on the middle and dream catcher-ish beads and feathers. Probably a result of all my Semiotics readings that summer.
http://kyriemoon.com/sarangani-bay-fest-2012/ 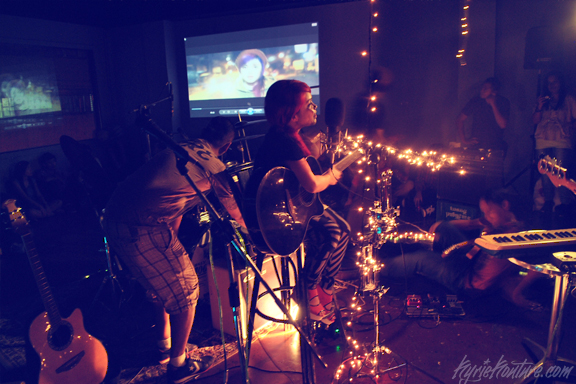 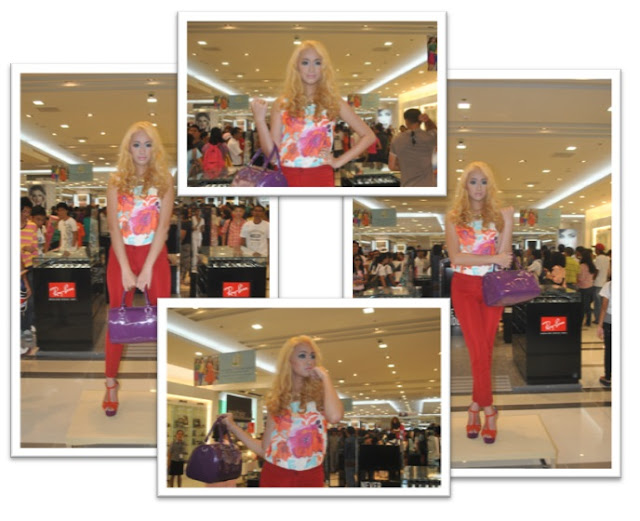 Worked with a lot of awesome people this year.
Janette and I with Canon peeps at Dhub, SM GenSan

Helped out Aidx with his party… “Celebrate your youth” dressed at Edie Sedgwick, Ron as Andy Warhol 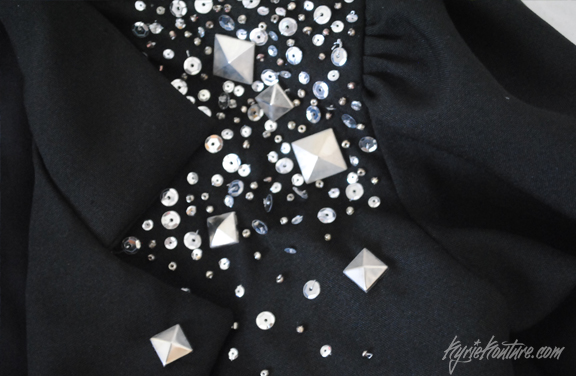 Working on my graduation collection for our GradShow on April 2013
http://kyriemoon.com/fashion-design-student-diaries-0-1/ 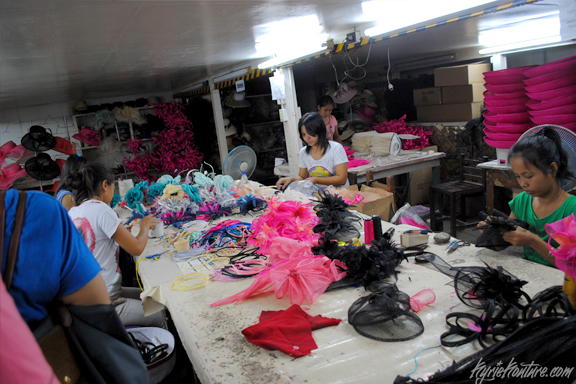 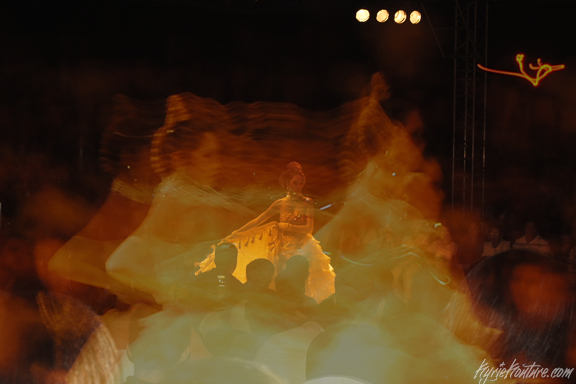 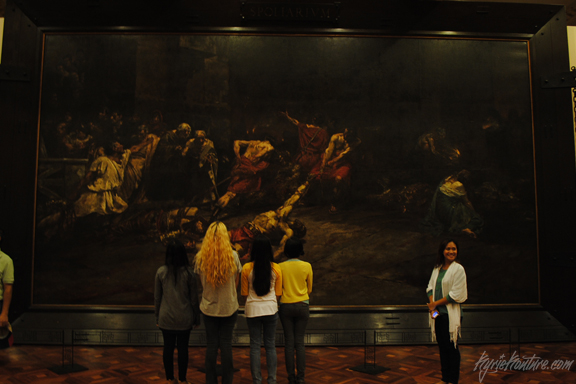 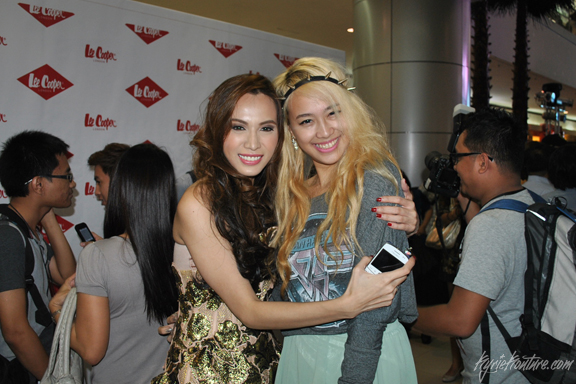 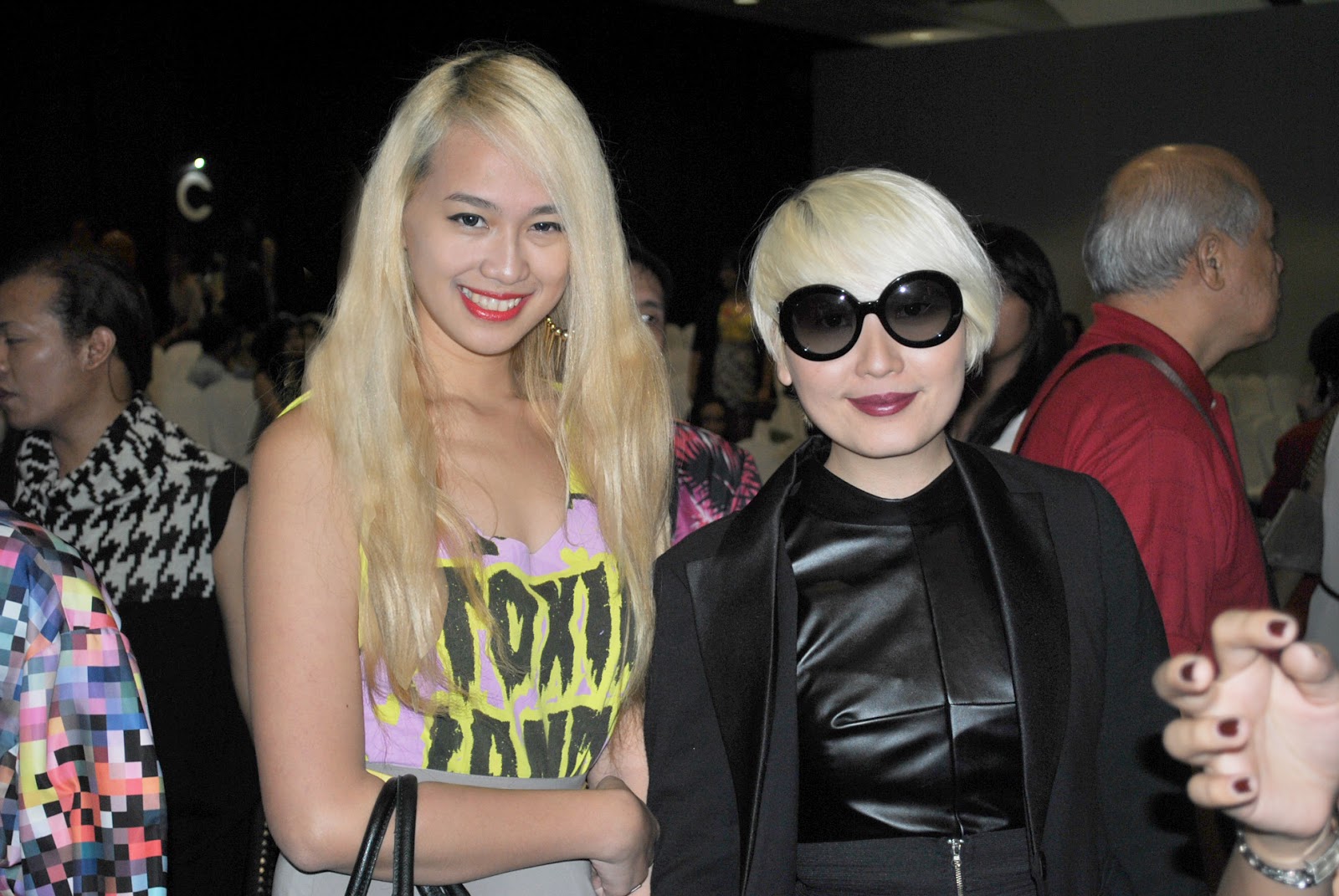 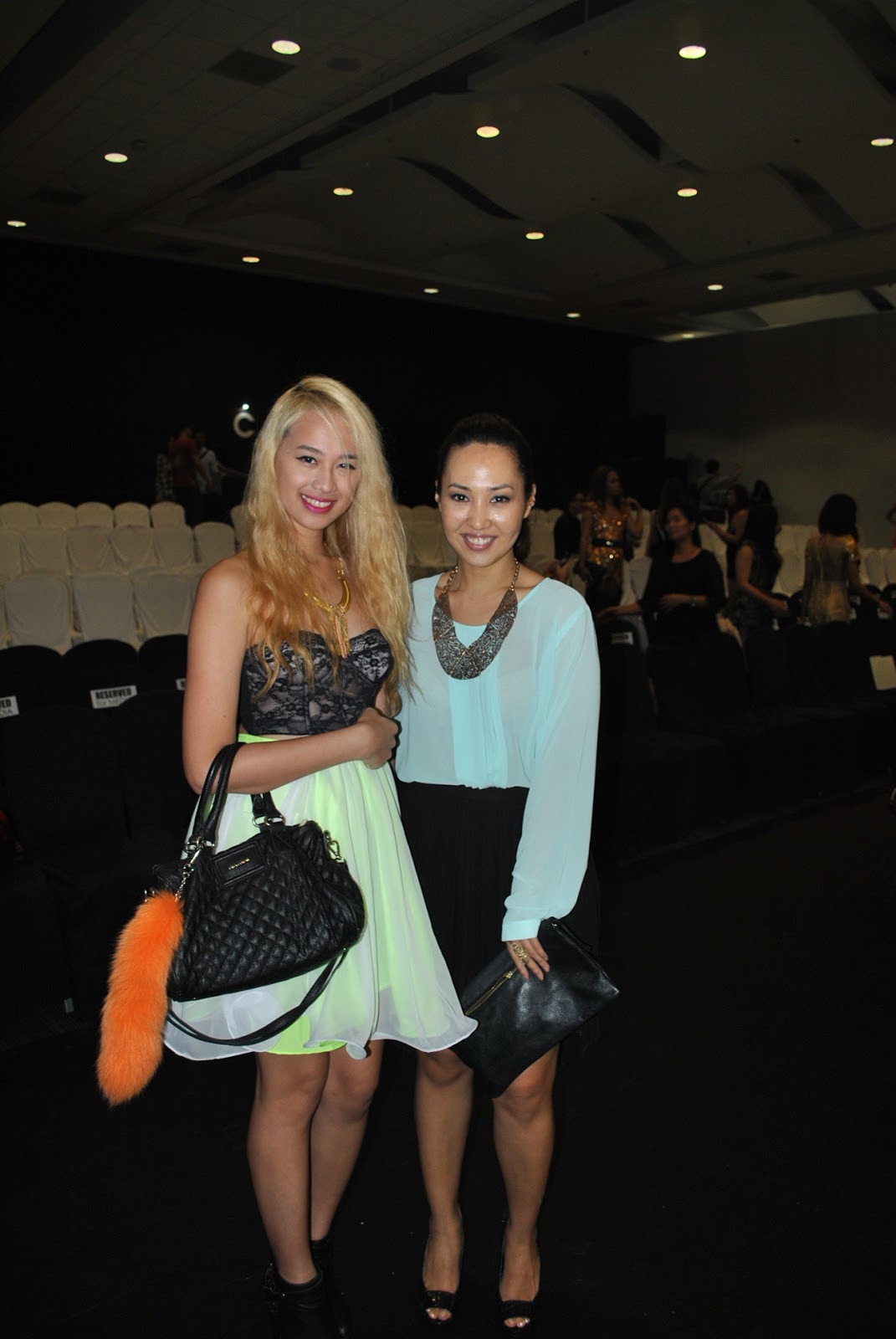 With Status magazines Rosario Herrera, yeaaaah!!!
Ms. Rosario took a photo of us and uploaded it to Status’s Twitter and Facebook page, gosh!!!!!! 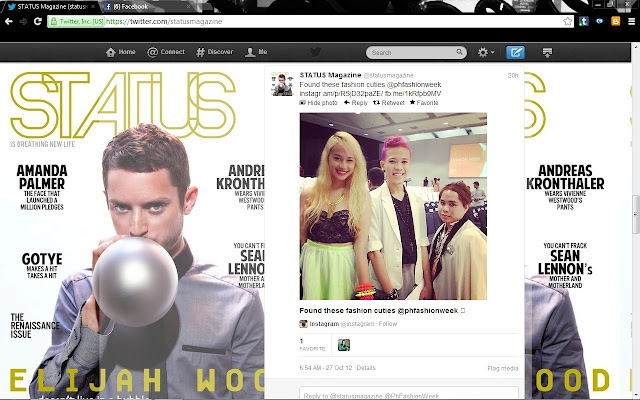 Emile, Ron & I with Master Philipp Tampus after his show. FiDA represent!!! 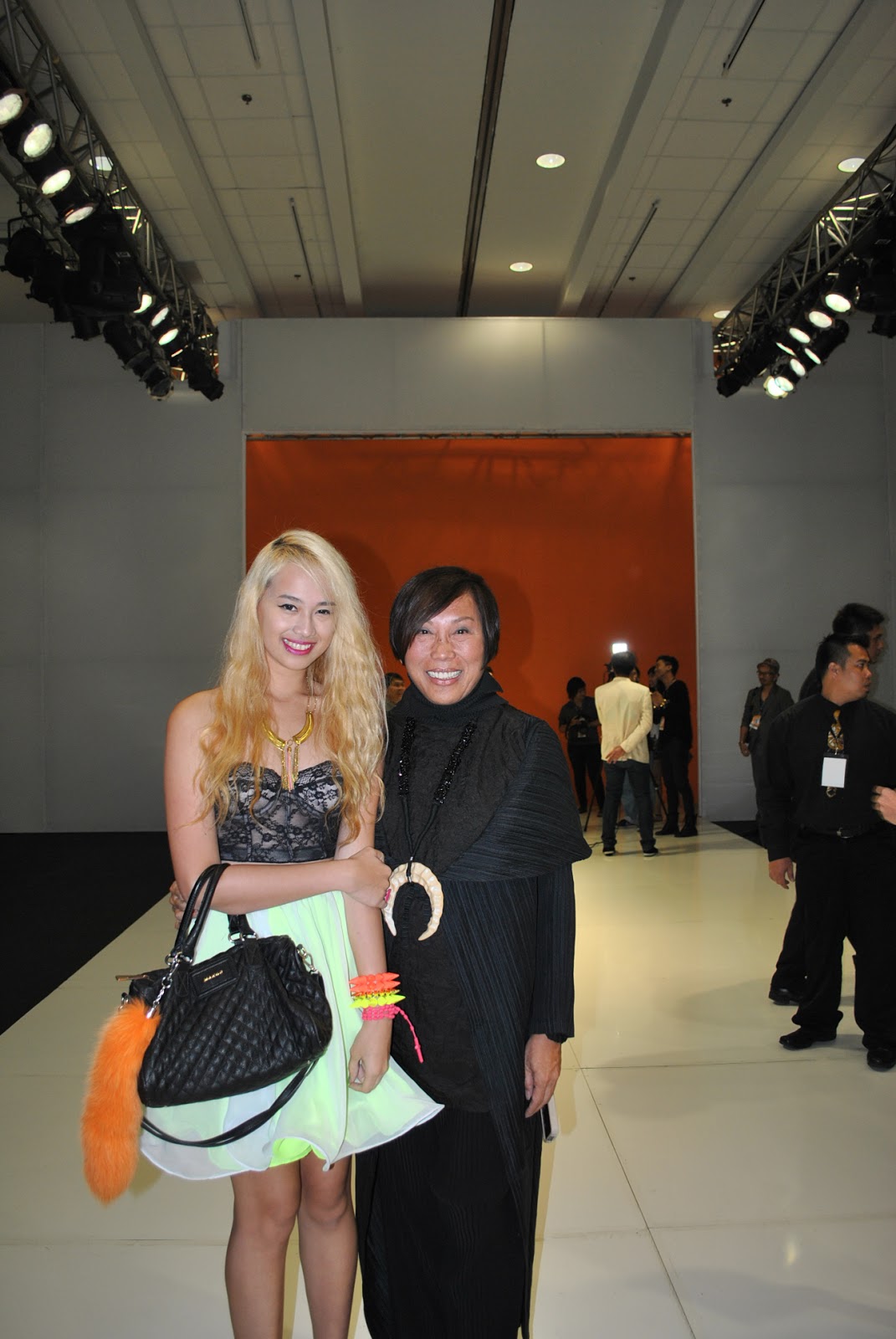 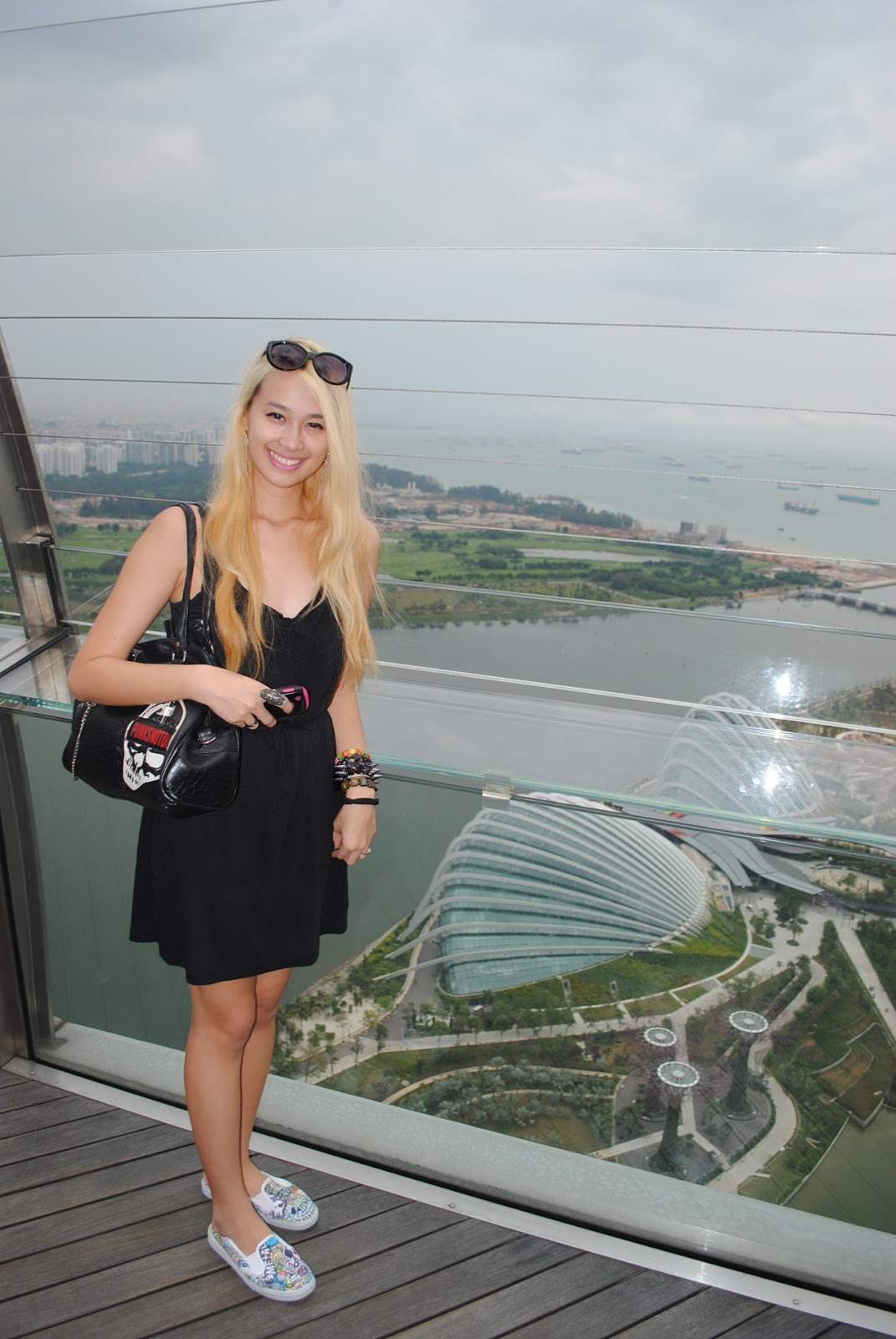 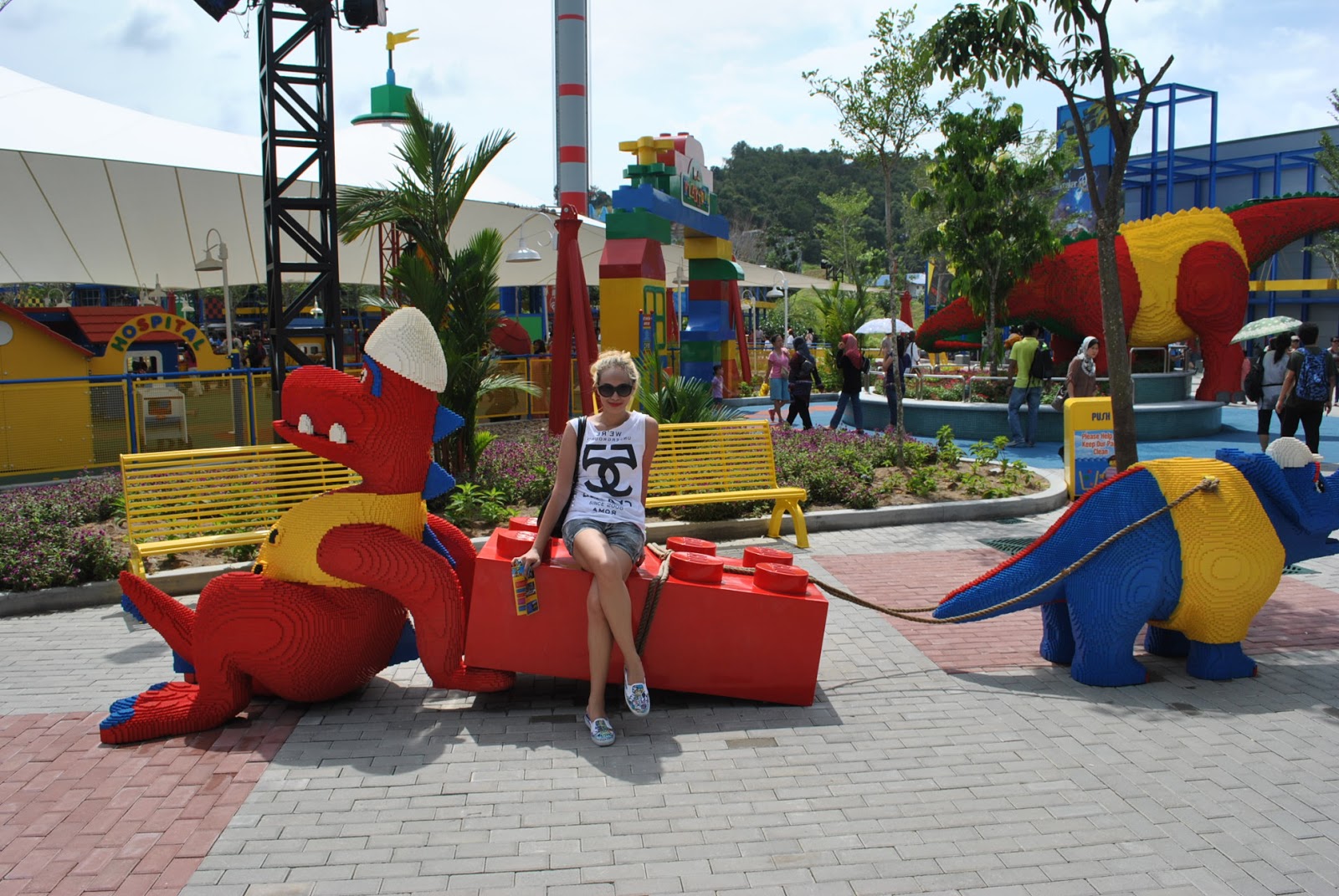 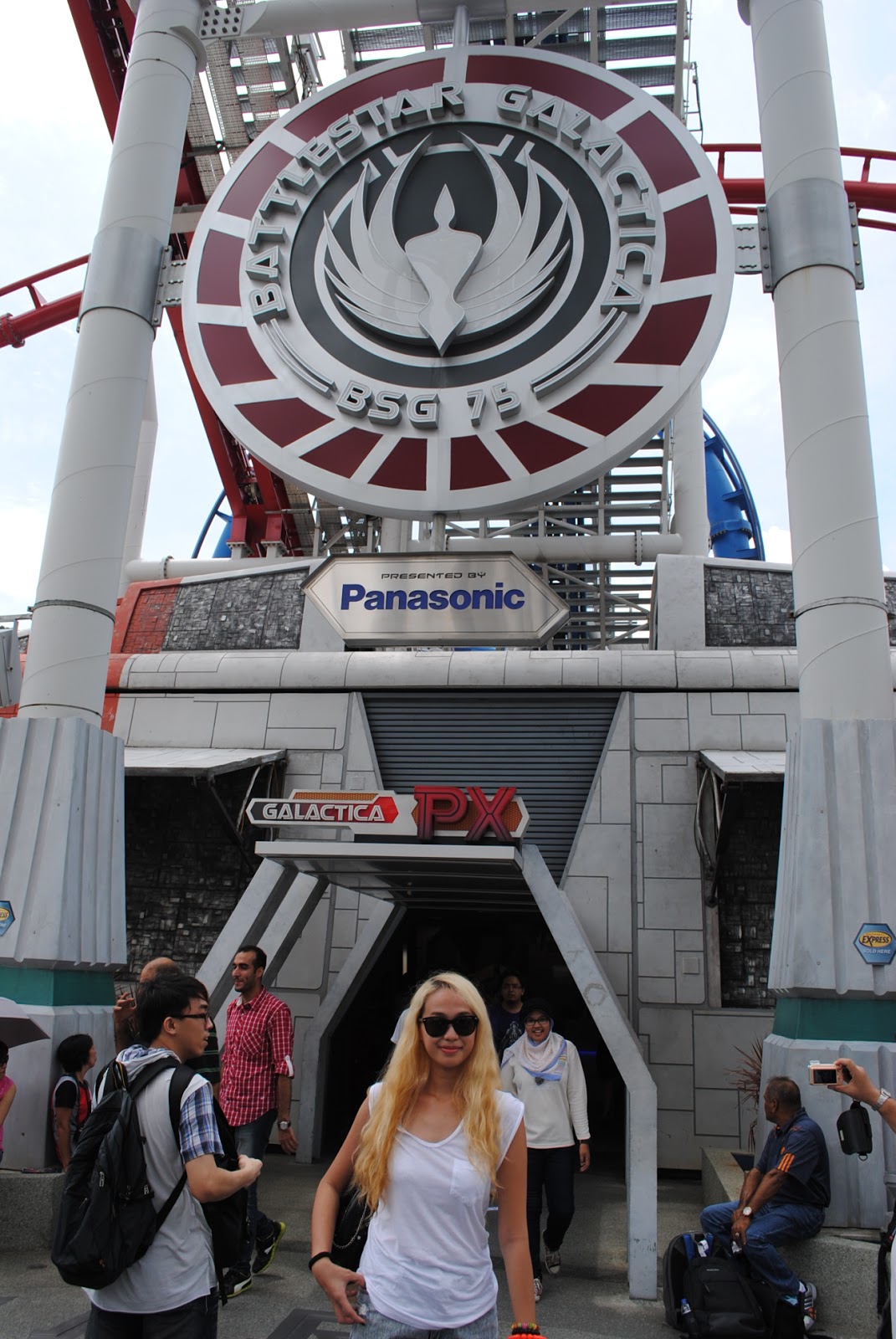 Met Mei Bates of Meiday when they (with Aidx Paredes) visited Gensan
Photo from: http://aidxparedes.com/ 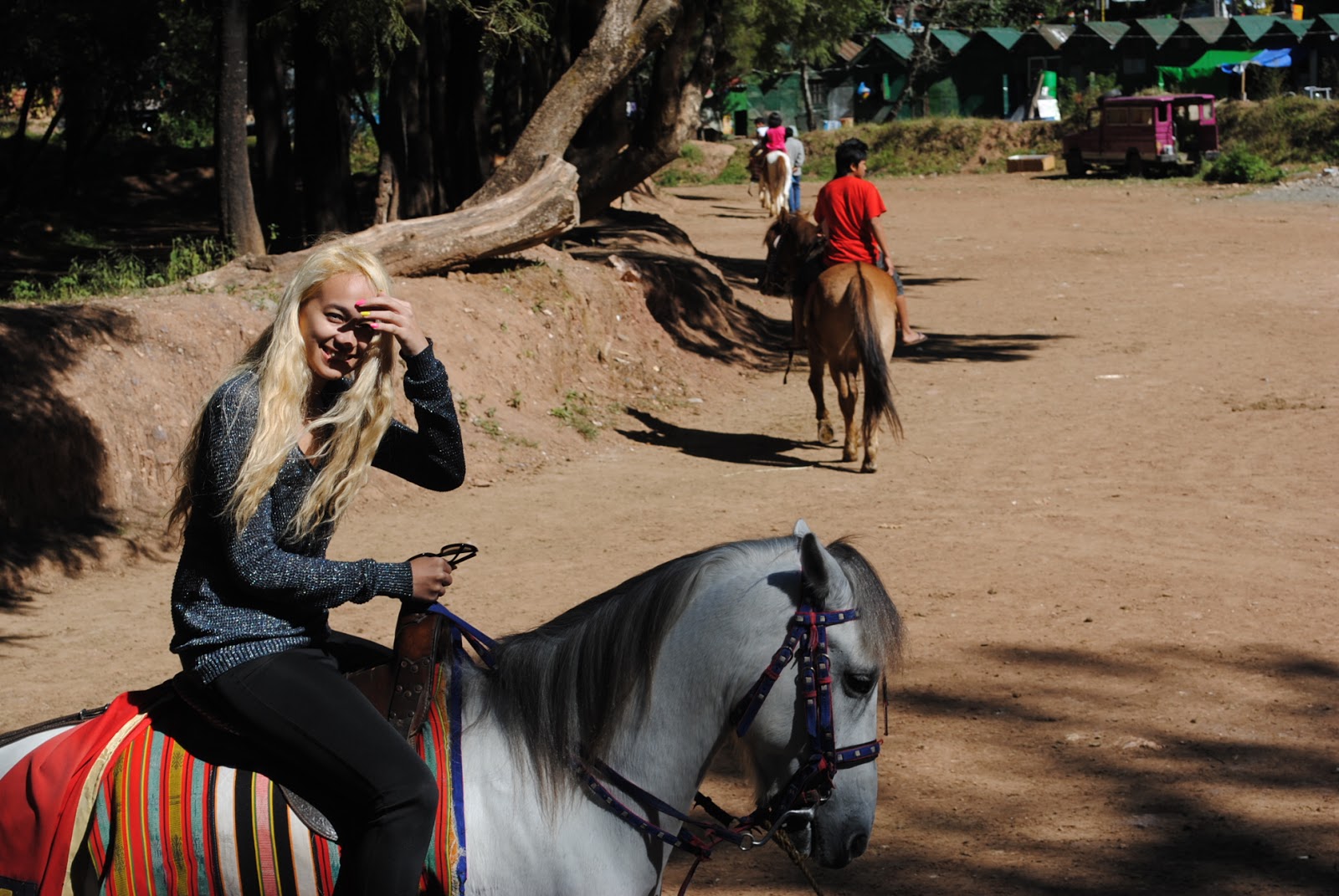 Queen wearing Kyrie Kouture, year ender shoot with Master Marlon Advincula,
my brofriends Ethan and Gian, Ate Julie Ann for the hair & make-up.
Will blog about it soon.
This post couldn’t be long enough, to express how thankful and happy I am, with everything this year has given to me, even all the headaches, the sleepless nights, the heartaches, the body pains, the hangovers, the mini heart attacks etc.
This year I learned that,  one does not only have to be  nice all the time, we have to be mean sometimes, don’t let these bastards push you just because they think you’re a goody good girl. There are boundaries. Set them yourself, don’t let them make a fool out of you, and be too nice to not even see it.
Stand up. Speak from your heart. Do what you love. Don’t harm them, just let them see what kind of evil they have done, and for sure, they’ll learn.
Forget the past, accept it, and learn from it.
Its OK to act silly, as long as you’re with friends.
Forgive and forget.
Live at the moment, you don’t wanna get the “I wish I could have done it otherwise” feeling.
2013 LEZZZ DO DIIISSS!!!
I can’t be an FBI agent, I say awesome too much.
Only Supernatural Fanatics would understand
Lots of love,

KALILANGAN 2019 MUSIC VIDEO BEHIND THE SCENES

How TWLOHA Helped Me

10 Ways How To Not Piss-off Your Fashion Designer